DC Universe’s Harley Quinn presents a perfect parody of Tom Hardy’s performance as Bane in The Dark Knight Rises. While the new animated series offering a twisted take on one DC Comics’ most popular villains is not surprising after the hilarious first episode, this is the first time the show has taken aim at a particular portrayal.

Created by editor Dennis O’Neil, artist Graham Nolan and writers Chuck Dixon & Doug Moench in 1993, Bane made a big splash when he was first introduced into the Batman mythology. Born in a prison and condemned to serve the sentence his father had escaped, the child known only as Bane grew strong and became stronger still after he became the only survivor of an experiment involving a super-steroid known as Venom. Tormented by images of a bat-demon in his dreams since childhood, Bane traveled to Gotham City when he learned of the existence of a “bat-man” and became determined to prove his strength and cunning by “breaking the Bat.”

Continue scrolling to keep reading
Click the button below to start this article in quick view.

While Bane is today regarded as one of the most fearsome of Batman’s enemies in the comics, most of the attempts to adapt him for other media have fallen flat.  Hopes were high based on the early set photos of The Dark Knight Rises, where he was to be played by imposing English actor Tom Hardy. While Hardy was well-liked in the role, he also inspired a number of parodies, largely surrounding his voice, which was comparable to that of Baron Ünderbheit from The Venture Bros.

This now infamous and often parodied voice is perfectly captured by comedian and impressionist James Adomian, who provides the voice of Bane on Harley Quinn and is perhaps most famous for voicing Stuart on BoJack Horseman. This Bane may wear the familiar Luchadore mask from the comic book costume, but it was clear whom he was meant to be making fun of from the first full Harley Quinn trailer. Mumbling in an indeterminate accent, this Bane helpfully calls Joker to inform him that Harley Quinn crashed a Legion of Doom party and is looking pretty good after their break-up.

Harley Quinn wastes no time aping Tom Hardey’s version of the character, introducing him at the start of episode 2 at the Legion of Doom headquarters’ break room, where he says things like “Gotham must be punished for its transgressions” in a fair approximation of Tom Hardy’s Bane voice, all while holding his “Caffeine is my reckoning” coffee mug. Later, we see a flashback of Bane at a trivia night event  hosted by “Wild N’ Wacky Wings,” where he incorrectly guesses the Dallas Cowboys have won the most games at Gotham Stadium. In response, he mutters “I’m going to blow up Gotham Stadium,” clearly riffing on his stunt in The Dark Knight Rises where he did just that. Ironically, the correct answer to the question was the Pittsburg Steelers, which is the real-life team that played the part of the Gotham Rogues in the scene where Bane blows up Gotham Stadium in The Dark Knight Rises.

Despite his super-strength, Harley Quinn‘s Bane is as big a push-over as his voice suggests. He quietly swears revenge on everyone who mocks him or makes him look stupid, which suggests he has probably sworn revenge on 75% of the world. He is also bullied by his fellow villains, particularly The Joker, who takes Bane’s beef dinner after he decides his chicken dinner is no winner. This Bane may be a far cry from the tactical genius seen in The Dark Knight Rises, but he’s still better than the mute brute who served as Poison Ivy’s henchman in Batman and Robin.

MORE: Harley Quinn Changes Up The Origins Of The Harley/Ivy Friendship 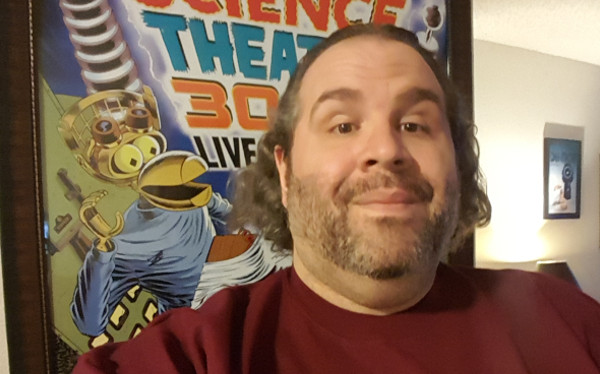 Morrison has been writing about comics since before the word
“blogging” was coined. He got his start writing for the
legendary DC Comics digital fanzine Fanzing,
before receiving his own column, The Mount. Since then he has gone on
to write for over a dozen websites, including 411
Mania, Comics
Nexus and The Cult of Nobody. He holds both an MS in Information
Science from the University of North Texas and a BFA from the
University of Texas at Arlington. Known as a font of comic book
history trivia, he has delivered lectures on the history of American
Comic Books, Japanese Manga and Cosplay at over a dozen conventions
and served as an Expert In-Residence for a course on Graphic Novels
for Librarians at the University of North Texas. In addition to his
work for Screen Rant, Matt is currently the Managing Editor of
Kabooooom.com, the house
critic of Explore
The Multiverse and writes reviews for No
Flying, No Tights – a graphic literature and anime review site
aimed at teachers and librarians. He also maintains a personal blog –
My Geeky Geeky Ways –
which hosts his extensive episode guide for the television series
making up The Arrowverse as well as his
comedic Let’s Play videos. What little spare time he has is
devoted towards acting, role-playing, movie-riffing and sarcasm. You
can follow his adventures on Twitter, @GeekyGeekyWays
and support him on Patreon